The 760 years old town Budaörs, with 23.000 inhabitant lies at the scenic environment by the dolomite range of the Buda-mountains, at the nature reserve Budaörs-Barrenness.

The wine-growing activity of the in the 18th century here settled German speaking population became worldwide famous in the 19th century.

The German farmhouses and winevaults of the small town are guarding still theirs old, magicaI atmosphere, but the town became for today the west gate of the capital Budapest because of the most important motorway junction M1-M7 ( Vienna-Lake Balaton ).

The traditionalist local population are proud rightly both of the sights of the old town and of the modem office blocks and industrial parks too, thay can be found outskirts of the Budaörs.

The under familys direction Hotel Adler was opened to the public in the centre of the old town, in the neighbourhood of the Roman Catholic church of the 18th century. His appearance fit harmonious into the old and also into the townscape today. The hotel possess 14 airconditioned double rooms, in that it can be found bathroom, TV, telephone and minibar too.

The cars of the hotel guests can be parked in the underground car park of the building. The 15 strong conference room of the hotel is at the service of the guests for trade talks. Wireless Internet can be found in the Coffee shop, in the ground floor of the hotel. All welcome for consume an enjoyable breakfast, coffee speciality, home-made cake or for a trade talk too.

We recommend the Hotel Adler to all, those who would like to stay in a still, calm, familiar, provincial environment, where the surroundings of Budaörs and the nearness of the capital, Budapest offer many possibility also for the recreation and the participants of the businesslife too. 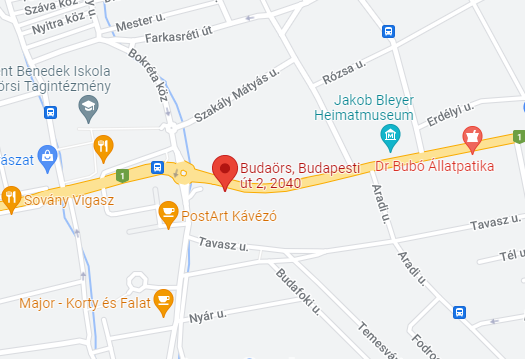 Thank you for contacted us! Our colleauge will check-in soon